Diallo was nearly flawless in all of his attempts in the prelim nary rounds which got the crowd hyped.

He brought out a dunk in comparison to Atlanta Hawks star Vince Carter to steal the show in the finals.

Diallo used legendary Lakers center Shaquille O’Neal as a decoy as he dunked over him using his elbow to hold the rim which sent the crowd into overdrive. 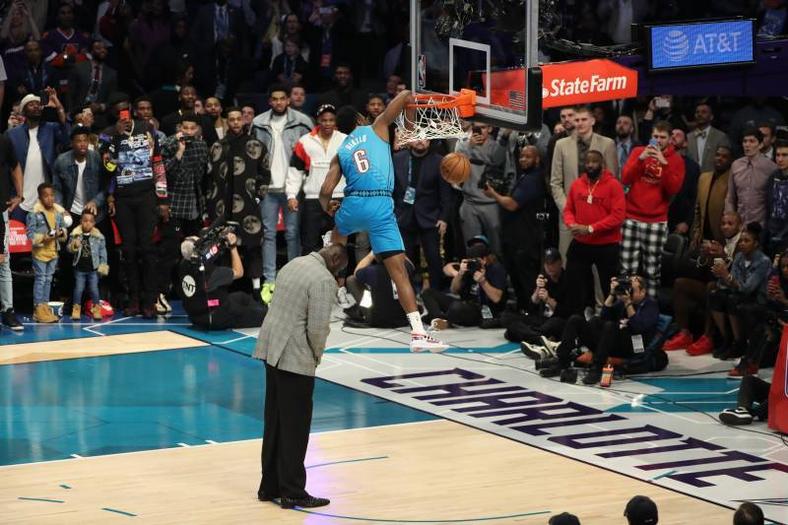 The dunk over the seven foot tall Shaquille was enough for the judges to give Diallo the win over Smith who was also impressive using rapper J.Cole in one of his dunks.

Brooklyn Nets star Joe Harris is the winner of the 2019 NBA Three-Point Contest.

After narrowly progressing to the finals of the event, Harris produced a stunning performance to beat Golden State Warriors Guard Stephen Curry who was favourite to win.

Despite the win Harris showed humility by stating that Steph is still the greatest shooter of all time.

He said, “Steph is the greatest shooter of all time,” Harris said. “Shooting off the rack is not indicative of being a better shooter than Steph Curry.

“I don’t want anyone to get it twisted at all. For me to come in and win on my first time, it’s surreal. It’s been an honor for me to be here, for me to participate this weekend, and it’s something I’ll remember for a long time.”

Tatum pulsed off an incredible three-pointer from midcourt to be crowned champion ahead of Atlanta Hawks guard Trae Young.

Mesut Ozil must decide whether he wants to be part of Arsenal’s long-term future after being left out for the 100th time in his Gunners career against BATE Borisov, according to former defender Martin Keown.

Ozil: I laugh at my critics The former Germany international has started just one match in 2019 due to a back injury and illness, which kept him out for the weekend Premier League win over Huddersfield. Manager Unai Emery has even left Ozil out on tactical grounds and opted not to take him to last-32 first leg in Belarus in the Europa League due to being unable to train fully amid his illness. Ozil’s run on the peripheral caps a torrid 12 months since he signed a new £350,000-a-week contract keeping him at the Emirates Stadium until 2021. And Keown, who won 12 major honours across two spells at Arsenal, is not buying the excuses behind his continued omission. “To miss 100 games is quite remarkable.” “The situation is now becoming embarrassing!” Keown twitted.